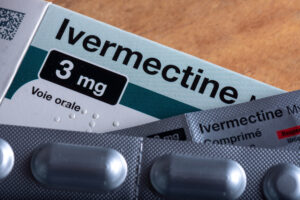 People have asked me why I have been unusually silent on the use of “Ivermectin” the supposed wonder drug for preventing and treating COVID.

The answer is simple: Just like most business people would not advise investing in something they don’t understand, I don’t believe doctors should prescribe a drug unless they know is likely to work for the condition for which it is prescribed and also that it is likely to do more good than harm…especially when there is a good alternative that we know actually works (steroids).

Also, since this drug is really meant to be used as a worming medicine in dogs and horses, and since my patients are not dogs and horses, I have remained mute on a subject which I feel most human doctors know little about…. I have been especially reluctant to prescribe or agree that it should be used when the WHO says it should not be used outside of a (good) clinical trial. In fact, alarm bells rang for me when even the manufacturer of the drug themselves  said it should not be used for COVID 19… and surely they would love it if it was in widespread use as this would mean more profit for them?

I have been trying to learn about it of course…I have read about it. I have even taken part in webinar discussions with other doctors about whether we should be using it.  After all, they said, it seems that it is almost “in the water” in India and it has been widely used in Egypt. So what’s the harm right?

Well, please let me share with you what I have learnt:

I said doctors should not be prescribing drugs unless:

1.They know they work for the condition prescribed

2.They do more good than harm

3.There is not a better known alternative that works.

UNLESS OF COURSE THE USE IS PART OF A CLINICAL TRIAL TO ANSWER THESE QUESTIONS.

Unfortunately, one of the biggest “trials” claiming the effectiveness of Ivermectin against COVID, The Elgazzar trial out of Egypt has recently been found to have major discrepancies in it’s data, according to an article published in the Guardian UK. The data flaws were actually uncovered by a medical student who went so far as to wonder if the data had been faked. This led to the trial being withdrawn from the website “Research Gate” where it was released. If you are interested here is a link to that Guardian article.

In the meantime, Cochrane did a review of 14 randomized controlled trials (the gold standard in trials) and found no scientific evidence to recommend Ivermectin for COVID 19. Cochrane is an independent, international organization that reviews medical research. Interestingly they excluded both the Egyptian trial and another big Argentinian trial because they did not think the trials were of good enough quality to be included.

The good news is that there are 2 very good quality trials still ongoing that may provide us with the answer we would of course like to hear: These are the The PRINCIPLE trial out of The University of Oxford, which is looking at whether taking Ivermectin keeps people with COVID 19 out of hospital, and the other is the ACTIV- 6 study being run by The National Institute for Health.

What I find so fascinating is the fact that the Elgazzar study was so widely quoted despite glaringly obvious data discrepancies! This just goes to show, that when we are in desperate times, aka a Pandemic, that even doctors will believe what we want to see – so let’s not make that mistake again! Let’s wait to see, in a calm manner what the real data, which is being properly measured in a clinical trial, shows us, rather than relying on anecdotal evidence from people, some of whom have no medical background what so ever who are selling Ivermectin in Trinidad and Tobago.

Maybe, we will find out that Ivermectin does work, but unless we do, let’s remain calm and take what we know about please. If we had no other choice, I could maybe understand its use, but the fact is we DO have alternatives.

What we DO KNOW is that Vaccinations DO keep people out of hospital. So don’t take Ivermectin to prevent COVID 19 instead of a vaccine please!

We also know that steroids save lives in severe COVID if taken at the right point in the disease for Cytokine storm only. If taken too soon for mild disease they can actually make things worse. Short courses of steroids do not cause the long term harm that we often hear about. Therefore you should only take them when told to by a doctor.

And remember, the most important thing your doctor can know is what they DON’T know! It is the first step to finding the truth.