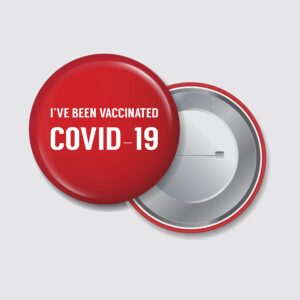 So as a healthcare worker I finally got my first dose of the Astra Zeneca vaccine on Saturday! I feel like I have won the lottery, and I was so happy to have seen many of you there also…

So how did I feel after?

Well, truth be told on Sunday I had a mild fever and a few aches and pains, but honestly, I think that’s a small price to pay for being able to protect myself and my patients…..and by contributing to herd immunity I am helping to protect the wider population, aka our parents and grandparents. Speaking of parents, as over 60s, mine also got theirs and felt fine!

According to GAVI, the vaccine alliance, there have been about 190 million Astra Zeneca vaccines administered worldwide so far.

I know that there has been a lot of worry about blood clots with this vaccine, but let me put this into perspective for you:

The WHO has issued an interim advisory that a causal relationship, while plausible, has not been confirmed.

Now, this isn’t to say that you must not be on the lookout for warning signs of a clot, or that you should not take individual advice if you have had a clot in the past, or are known to have a genetic condition which increases, your chance of clotting…of course you must check with your doctor in these cases!

However the vast majority are far more at risk of death or serious disease from getting COVID 19 itself, than from the small risk of this vaccine.

My advice: if you are eligible, call your local health center and get your shot!